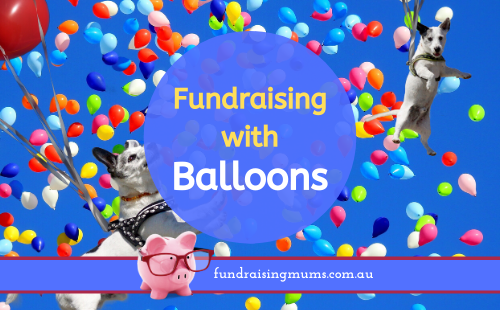 Balloons seem to have developed a bad reputation in recent years. Some councils have even banned helium balloons from being released at funerals and events.

However, if you’re prepared to clean up the mess afterwards, balloons make a great visual display for fundraisers. These two great ideas are perfect as additional fundraisers at your next quiz or bingo night.

At your quiz night or event, fill 50 balloons with helium (ask your local party store to sponsor your event) and number them 1-50.

People pay $5-$10-$20 per balloon (whatever you think your community will pay) and take it with them to their table.

When the balloons have all been sold, start using a random number generator to call out numbers. These people must pop their balloons (you can fill the balloons with confetti for extra effect). Call 5 numbers at a time, for example between quiz/bingo rounds.

The last intact balloon wins half the prize money in cash. 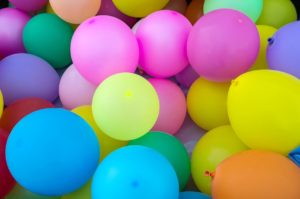 Source prizes from local businesses including products, vouchers or discount codes. Other prizes might be bottles of donated wine. You can also create prizes that are ‘free’ such as those found here.

Create a prize board which shows each prize numbered from 1-50 (or 1-100 depending on how many you think you will sell). Make at least half of the prizes a $1 scratch‘n’win or equally minor prize.

People buy a random balloon for $5-$10 and then pop the balloon to see what number their prize is (write the number on a small piece of paper or marble and slide it inside the balloon before inflating). Make sure you have a number of significant prizes (at least 10%).

You can run this fundraiser at a smaller level for students once a term. Charge $2, with at least 80% of the prizes being a $1 icypole voucher from the canteen. The major prizes could be a voucher for a ‘three course canteen meal’ with a muffin at recess, lunch, drink and icypole or one of the other fun prizes described here.