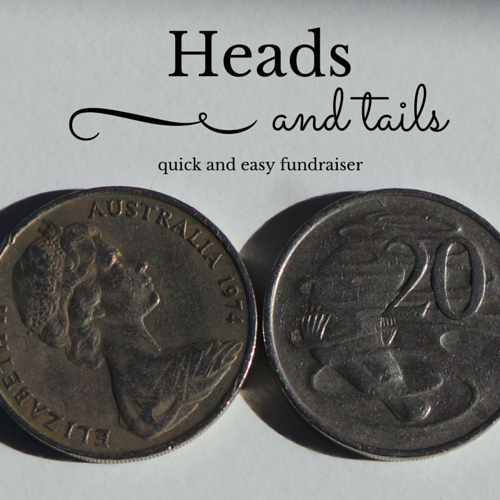 A simple game that can be played by large groups, it can be used to raise extra cash or just some fun during a big event.

Ask everyone to stand.

Toss the coins, and call out what they landed on.

Only the people who chose correctly remain standing, everyone else must sit down.

Keep playing until you have two or three people left – at this point they must all choose a different option.

The winner is the person who is left standing after making the final correct guess.

Kids as young as three can play this game.

This game is great between rounds at a quiz night as it is relatively quick and easy to play. If you want to raise money from the game ask people who wish to play to put a coin in a bucket that is being passed around. If you are going to charge people to play, then it helps to have a decent prize – such as a donated bottle of wine or gift voucher.

Quick Fundraising Idea – Guess the Number of Jellybeans in the Jar