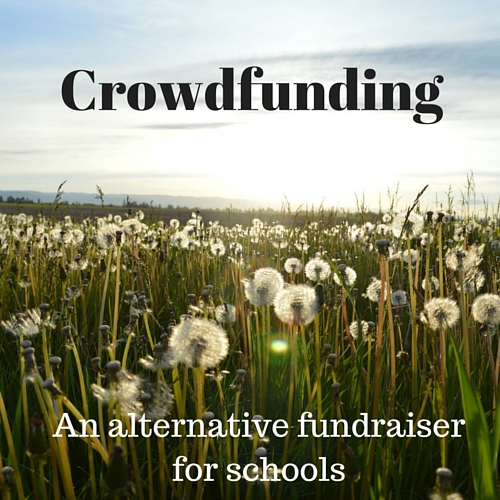 Since the early to mid 2000s, crowd funding sites have appeared across the globe and helped raise billions of dollars to fund millions of creative projects. In Australia, the biggest local crowd-funding platform is Pozible, but there are other sites such as Kickstarter and GoFundMe which can be used to raise money for a school project or event. In late 2018 Facebook also introduced a Fundraising option.

Crowd-funding is a way of paying for a project or event by attracting donations from large numbers of people. Predominantly carried out through the internet, groups can list their project on a crowd-funding site, and people donate money, often in return for unique rewards.

Depending on the undertaking, using a crowd-sourcing platform is certainly a viable option to raise a large chunk of money to fund your project. Most platforms have certain rules, for example Kickstarter does not allow funds to be raised for a charity – but you can raise money for a specific project or event, meaning there are almost unlimited projects your school can fund through a crowd-funding platform.

Fundraise Yourself is the only platform designed for schools and provides a tax-benefit for donors (for eligible schools only).

Projects that could be supported by crowd-funding are usually those which are creative and have a clear goal, such as:

Publishing a recipe book or series of illustrated children’s stories

Creating a sculpture or piece of art

Establishing and fitting out a new classroom such as a work shop music room, kitchen or library

What are some examples of school projects being supported through crowd funding?

Bowral High School is trying to raise $900 to purchase ukuleles for students who cannot afford to buy their own instrument.

A primary school in North Perth successfully raised over $40,000 to build a free-climbing dome.

A school in the West Indies raised money to build a goat dairy so students could engage in the practice of growing their own food.

An over-crowded school in California raised funds to build new classrooms out of shipping containers.

A not-for-profit group raised money to start a vacation education program in a remote Aboriginal community.

Blackheath Public School in NSW is trying to raise money to keep its school canteen open.

Some sites ask that donors be given rewards in return for donating money – what types of rewards could we give?

Some sites such as Kickstarter encourage project teams to give rewards in return for money – the bigger the donation the better the reward. Often the rewards are cumulative – a $500 donation will get all the rewards for a $50, $100 and $250 reward, plus something extra. Even small donations of $5 should get a reward – perhaps a sticker or a signed photo.

The goat dairy project offered rewards such as naming a baby goat, photos of the goats, paintings by local artists and locals could get samples of goat milk chocolate and yoghurt.

Small donation rewards could include: bumper stickers, bookmarks, hand-made paperweights using the same materials the project is using, signed photographs of the finished project, guided tours of the project, free tickets to an event, a copy of a book/CD, a set of cards designed by the students.

Larger donations could have rewards like: VIP tickets, catered dinner or sleep-over in a new facility, naming rights, sponsor names on bricks or furniture.

Does it cost anything?

Most sites will have fees for using their platform (between 3-10%) but these do vary. These service fees can sometimes be passed directly onto your donors. In return, you have access to their sites and software which make designing a beautiful funding site much easier, as well as the ease of donors being able to donate safely online. All sites will also have payment processing fees that your donors must cover.

What do I need to do to get started?

Get together a small organising committee to plan and design your project (include students).

Work out a detailed and accountable budget so you know how much you are going to ask for. Make sure you take into account bank and site fees.

Do your research, and chose a reputable crowd-funding site, and make sure your project fulfils their requirements.

Design a compelling page – especially if you wish to attract funding from outside of your school community. What will make complete strangers want to help you? What’s in it for them?

If they ask for rewards to be given to donors – have a brainstorming session to come up with appropriate and unique rewards, that won’t eat up all of your fundraising profits.

Most campaigns last a maximum of 30-45 days so make sure you are absolutely ready to go before you launch. Be ready with marketing and social media, advertise within your school community as well as beyond it. Get local newspapers and radio to interview people within the project group to get extra media attention.

Many crowd funding sites have an all-or-nothing approach – that is, that if you don’t receive 100% of the budget within your target time frame, none of the donors will be charged – meaning you get 0% What is your contingency plan in this instance? Will it affect how much you ask for?

Fundraise Yourself – The crowdfunding platform for disadvantages schools

Everyday Hero: A guide for schools

Fundraise Yourself with Schools Plus