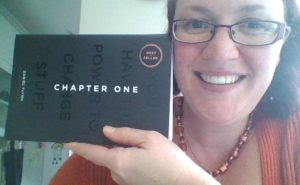 ‘You have the power to change stuff’ Daniel Flynn

Last month I attended Problogger, the enormous blogging event for professional bloggers in Australia. For three days all I thought about, and all I talked about was blogging, and how I can grow Fundraising Mums to the next level.

As you would expect with a professional blogging event, a lot of the talk was about money, and how to make it. I listened to one speaker who was making $25,000 a month in affiliate income – that is almost a third of a million dollars a year simply because her readers are buying from sites she recommends.

It was fair to say that by the end of the first day I was feeling a little low and had considered skipping the final session of the day.

In hindsight – I am so glad I didn’t.

The guy on the stage was young, really young. He wore skinny black jeans, sneakers and a blazer and looked young enough to be the child of at least half of the people in the room. On the tables in front of us were bottles of water, their labels a simple black with ‘Thankyou.’ on them. I thought it was from the conference organisers.

Over the next forty five minutes I sat and listened to Daniel tell his story. It was clear he had told this story a number of times before, and his passion was palpable. There were more than a few occasions when people around me reached for tissues or discretely wiped at their eyes.

I was spellbound. His premise was simple: 900 million people around the world don’t have access to safe drinking water. Australia spends $600 million a year on bottled water, the profits from which go directly to large, often multinational corporations.

And so began Thankyou. Water, with 100% of the profits going to safe drinking water programs in Australia and overseas.

As he continued to talk I thought to myself ‘he is here because he wants the 500 bloggers in this room to help share his story and launch Thankyou. to the wider community.’

Because, at this point – in September 2016 – I had not heard of Thankyou. Water or Daniel Flynn.

At the end of the session I rushed out and joined the enormous queue for a copy of his book Chapter One. The book was unique in two ways – firstly it was ‘pay what you want’ and secondly it was printed in profile, meaning you turn the book 90 degrees to read it. It makes quite a statement. You can buy a copy here, it is an amazing read.

As I read the book, which was a lot like listening to him speak, I grew increasingly amazed and inspired by the story of Thankyou and its determination to succeed.

But I also repeatedly had the disconcerting thought ‘how come I have not heard of Thankyou. before now?’

I work online. I have been blogging since 2010, on Facebook since 2007 and in all that time, being online daily, I had not come across Thankyou. I had not heard of their audacious attempt to get their water into 7 Eleven stores, or their even more ballsy campaign to get their bodycare and food products into Coles and Woolworths. I had not seen their YouTube videos, never noticed their products on the shelves, nor seen articles in the media about them.

I have been working on Fundraising Mums for eighteen months, and regularly trawl the internet for ideas and references to raising money – and somehow – unbelievably – I had not once come across this incredible group with their incredible story… about raising money.

The point I wish to make, is that no matter how hard you work, how many wins you have and how much success you feel you have – there is always more to do, and you can’t assume everyone knows about you (yet). Daniel Flynn is probably the hardest working 20-something in Australia as he goes from place to place sharing his story. There is one point in Chapter One when Daniel comments to a high-level mentor that he was exhausted after finishing half a dozen or so public speaking engagements in the preceding week, to which the mentor smiled and said he had just complete 100 in the previous month.

No matter how successful you are, there is always more you can do.

I am still trying to process all the lessons I have learned by listening to Daniel speak and reading Chapter One.

The first lesson is the one I have written above and can be summed up with ‘Think Bigger’: every time the Thankyou. team achieved a goal that people considered impossible, they kept moving forward. It took them three years to fund safe water access for just over 2,250 people, but less than five years later they had grown that number to 190,000 as well as establishing hygiene and sanitation programs for over 300,000 people, and providing more than 30,000 meals to disadvantaged Aussies.

By removing the ‘Water’ from their business name, they grew from just providing bottled water, to developing bodycare, food and babycare ranges. They didn’t stop with just funding safe water access, they have their sights on health and hygiene programs, child and maternal health programs and short- and long-term food aid. Australia was the jumping off point, they move next into New Zealand – I imagine it won’t be long before they set their sights on bigger prizes.

Pretty good for a kid who didn’t finish uni.

And as for Fundraising Mums, while I am pretty sure that earning tens of thousands of dollars is probably not within my reach, I do feel confident that what I can do, is help tens of thousands of people. And while I am not developing clean water programs – you might be. Or you might be raising funds to build a community garden, or outfit your local netball team. And I would like to think that in my own small way, I can help you with that. 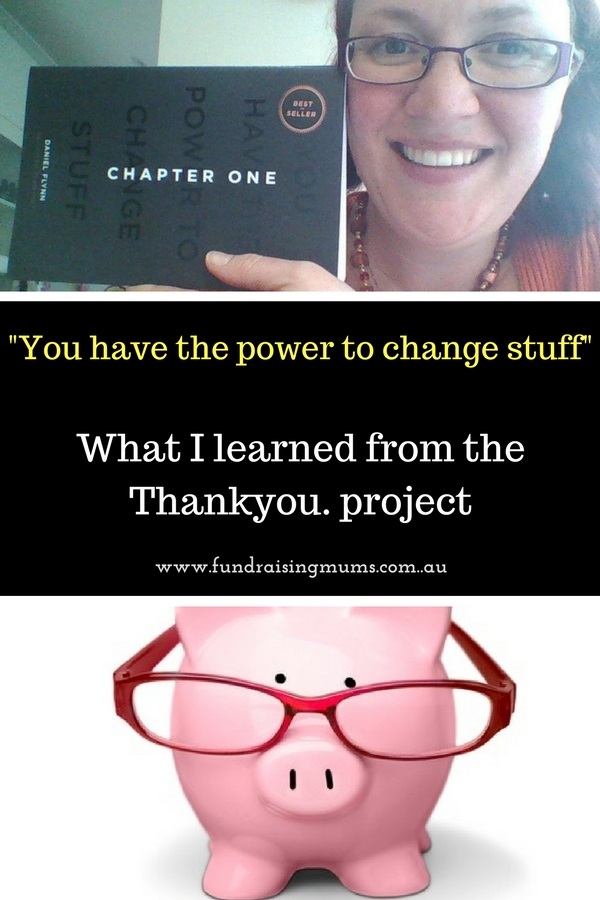 Save Money and Power with the EcoSwitch

How to prevent fundraising boredom
« Save the Frog: Cadbury Chocolate Fundraisers
How to be a Parent Rep »