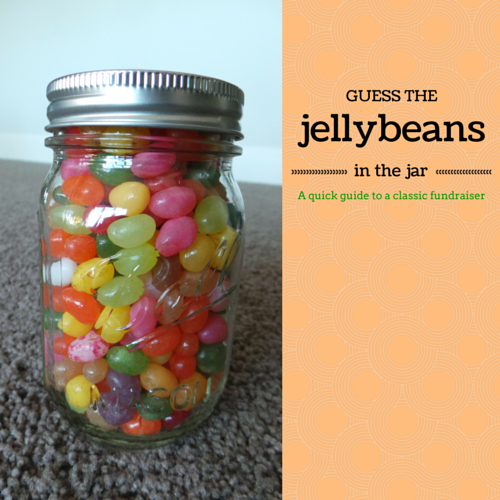 Guess the Jellybeans is a classic fundraiser, simple to set up and very popular with kids. For a small price, people are asked to guess how many jellybeans are in a large jar. The guess closest to the correct number is the winner and gets to take the jar home.

While accepting donations for a Raffle Hamper we were running at school, I was given a large box of gourmet jellybeans. While it could have easily been included in one of the hampers, we decided it might better serve its purpose as a standalone fundraiser.

By turning it into a ‘Guess The Number of Jellybeans in the Jar’ game, it not only provided one extra ‘activity’ for kids to do at our Mini-Fete, but it increased the potential amount of money this single donation could bring in. Combined into a hamper, it wouldn’t necessarily bring in extra ticket sales, but as a standalone fundraiser, selling 100 guesses at 50 cents a go, it could potentially earn another $50.

It is an easy and popular fundraiser, and by mixing up the lollies/chocolates used you could easily repeat it every term as a lunchtime fundraiser or having it in the front office.

Small erasers/paperclips and/or other stationery

Alternatively use a non-prize such as pebbles, buttons or paperclips and the person who guesses the correct amount wins an alternative prize such as a voucher or other donated item.

Choose an appropriately sized jar for the number of  (or Smarties or M&Ms or mixed lollies etc). The bigger the prize, the more you can charge for a guess.

You can either ask people to make their own guess, or you can provide a range in which the correct number is located. Don’t put the correct answer right in the middle, ‘hide’ it by skewing the range of answers either high or low.

Create a simple chart in Excel or Word. Make sure it has plenty of space for people to write their names and phone numbers.

Decorate the jar lid with a piece of pretty fabric.

Write the correct answer on a piece of paper and seal in an envelope. There are a few advantages of this: You are not required to be present at the prize draw. It prevents claims that you ‘made up’ the number to favour a particular winner. It also means you can’t forget the correct number. 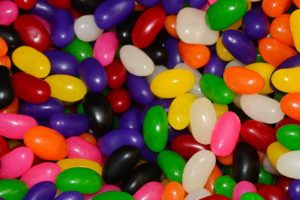 QUICK IDEA – how to get donations for your next fete