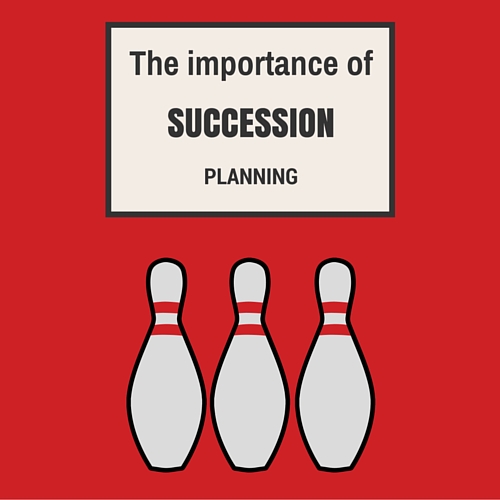 Nothing lasts forever – not even your perfectly balanced, well-functioning P&C committee. You might want the president or treasurer to stay there forever, but at some point they will need to move on. Just like any business, succession planning is vital for the smooth running of your committee.

Succession planning is identifying and developing people with the idea of one day taking over key positions within a business or committee. In the context of a school or sports club, it doesn’t necessarily mean pointing the finger at someone and saying ‘you’re up’ (although that’s been known to happen), but it means starting the conversation with individuals about their interest in stepping into a position in the future.

Some school P&Cs have a strict time limit on office bearers – perhaps a two or three year maximum. This not only ensures the committee is constantly being refreshed with new personalities and ideas, but it protects individuals who might be more willing to step up if they know they won’t get stuck in a role until their children graduate.

Make the duties and tasks of each position transparent and easily understood. While there must be a minimum requirement in terms of how much work people will need to be able to commit to, it’s important to remind candidates that they do not necessarily need to fill the shoes of the previous officer.

If you have a dazzling President who seems to be involved in every single event the school runs, works tirelessly at the canteen, can been seen baking cakes for every election, BBQing at every sports day and single-handedly pulling off an outdoor movie night, a fun run and community market every term, there is no way you will find someone to replace them if people think that level of commitment will be required of them as well.

Remind potential candidates that a lot of the position is personality based and that the ‘extra’ commitments are optional, while the specific duties of the position are non-negotiable. As a committee it is therefore vital to agree on, and publish very clear guidelines and role statements. When searching for replacements, it is these documents that should be circulated for consideration, and not the track record of their predecessor.

Committees should also consider a plan of action should an office bearer suddenly resign, move away or fall ill. Without time for a formal handover, is there anyone else who would be able to step in at short notice? This is particularly important for technical roles such as Treasurer (often the most difficult role to replace), but committees should also consider the possibility that a Vice-President might not want to step up to the role of President, particularly if that role is very visible and requires a lot of public-speaking.

Finally, while most replacements usually come from within the existing P&C membership, it is important to look outside of the committee to see if there are any possible candidates. Just because someone isn’t a paid up member of the P&C shouldn’t exclude them from being considered. There is a wealth of talent at every school – the trick is being able to discover it.

Handover: The (Forgotten) Final Step of a Successful Fundraiser

How to be a Parent Rep