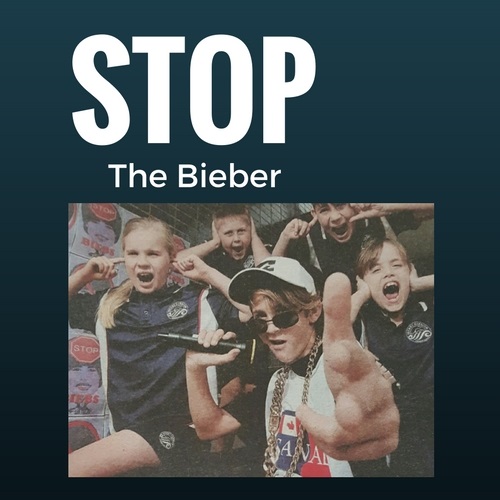 Secret Harbour Primary School in the southern suburbs of Perth recently hit the headlines with their unusual fundraising idea, possibly Australia’s first – playing non-stop Justin Bieber over the school PA until staff and students paid enough money to get him turned off.

I chat with Emma Pearman the SHPS P&C President about their unique event.

How did you come up with the idea of Stop the Biebs?

Our Fundraising Coordinator, Sam Prentice and I wanted to come up with a fun, new way to raise funds for the school playground shade project – one that didn’t require much outlay and would be fairly easy to run. We researched several ideas and found an article about a University in Washington USA that did a similar fundraiser and thought it would be a great idea to try it at our school.

Did you find it easy to get it approved through the P&C and school admin?

Firstly Sam and I spoke with our Principal, Lisa Fletcher, to see if she was happy for us to try this. Once Lisa approved the idea we took it to the P&C to discuss, and thankfully like us they thought it was a fantastic idea and the event was approved.

How did you choose the song?

Every Thursday at lunchtime I host a Just Dance class at school and when a Justin Bieber song comes on the reaction is certainly divided. Half of the students, especially the younger girls, love him and the other half loathes his songs. We knew a song like Baby was well known and would create some hype.

How did the event work?

The music was played from 8.35am until 8.50am, then at recess, lunch and after school over the school PA and also on the sound system in the undercover area. Since the song was only played during the breaks, no learning time was disrupted. 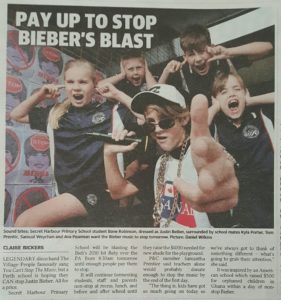 Was it played in the principal’s office too?

Yes it was, it was also played in the staff room.

How did you collect the money?

Each class was given a money jar with their room number on it and after recess the students brought the jars to the front office for our treasurer and fundraising coordinator to count. We kept a tally of how much each class had raised and did an announcement before lunch to let the students know the amount raised that day and what class had the highest total.

What was your target?

We received lots of media attention from this event and even had donations made to our P&C by community members.

How did you explain the event to parents?

We had posters put up around the school with a cartoon of Justin Bieber on it and the head line ‘Stop the Biebs!’ We did a promotional video on the big screen at assemblies leading up to the event, and explained the process, we also sent a letter home to each family. As an extra incentive we offered the class that raised the highest amount a class lunch time pizza party.

Were there any logistical issues?

On the first day we had to do a mad dash around to each classroom to ensure their PA volumes were on high enough, apart from that everything went great.

Would you recommend this as a good fundraiser for other schools?

Absolutely, the students, staff and even families loved this event.

Our tip would be to make sure you have the song on a device in a constant loop that way you can hit play and leave it be. Offer an incentive, the students really loved the chance to have a class party. Also announce what the funds will be used for, the funds from our event went to our playground shade fund.

With thanks to Emma Pearman from the Secret Harbour P&C for sharing their fantastic event with Fundraising Mums. 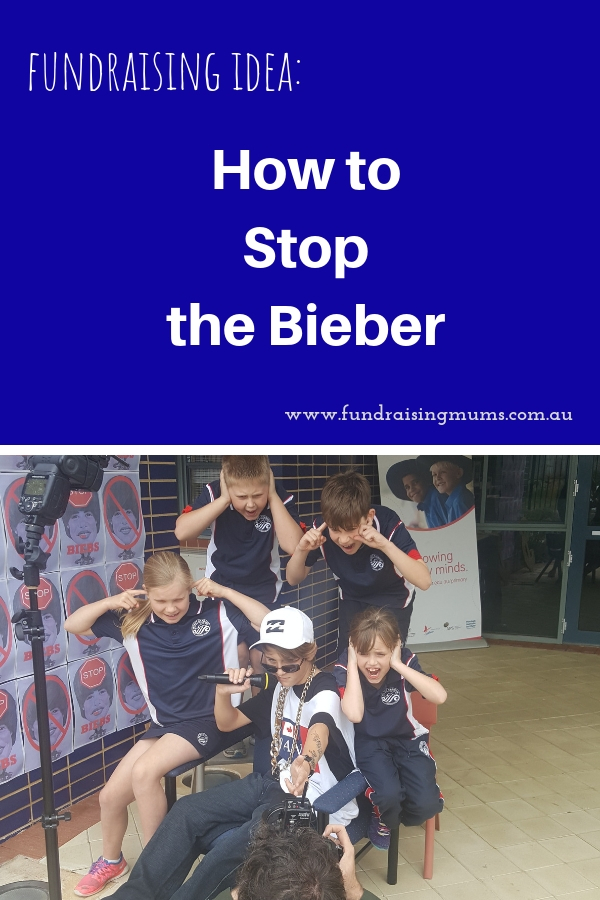