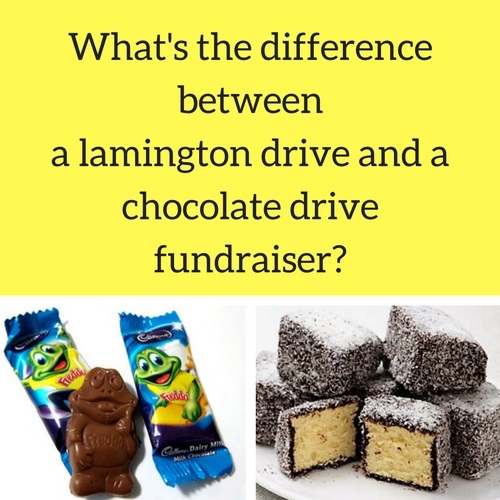 Regardless of whether you are planning to sell cookies or pencils, stuffed bears or seed kits, there are two main ways to run a fundraiser. Over time, it has been common to refer to them as the Lamington Drive and the Chocolate Drive – here I explain the difference between them.

History: when I was a child growing up in the 1980s, lamington drives were one of the few fundraisers available (read my article on other 1980s fundraisers).

With the aid of a fresh box of lamingtons to stimulate interest, individuals and families would line up in the canteen to write down their order on a single form, how many boxes of chocolate lamingtons – or if you were feeling fancy, pink lamingtons – you were willing to buy. You handed over your cash, and a couple of weeks later, we would all troop back to the school canteen and line up to collect our boxes of fresh lamingtons.

Over time, the lamington drive was farmed out to the individual students, with everyone expected to take an order form home and ask neighbours, friends and family to make their order.

The defining features of the ‘lamington drive’ is that orders are taken in advance, money is collected upfront, and there is a delay between the customer making their order and actually receiving their goods.

From the perspective of the school or fundraising group, lamington drive fundraisers are good because they rarely require money upfront – the payment for goods is made from the customers’ payments, and the school is able to keep the difference as their profit. This style of fundraiser also removes the problem of over-ordering.

On the flip-side, the delay can be seen as a deterrent for customers who may not want to wait (or pay upfront) for their goods. The school must also take responsibility for distribution of the goods which can be a major logistical effort.

History: Growing up, I thought it was only the lucky schools who got to go home with that distinctive purple box brimming with oversized chocolate frogs. My school was more interested in skipping, a fact at the time I used to begrudge. When kids from the neighbourhood came knocking on the door selling their Frogs, we were only ever allowed to buy one. The child would hand over our Freddo, put the offered $1 coin in their little yellow envelope and head to the next house, while parents exchange silent smiles and raised eyebrows.

These days, you often see chocolates, lollies and other goodies in open boxes on shop registers and in office lunchrooms across the country, the honesty system in play, but the chocolate drive these days is now much bigger than mere chocolate.

The defining features of the Chocolate Drive, is that the goods are pre-purchased, usually come in carry boxes with up to 50 or more items, which are given to individual students to sell. Customers make a purchase and immediately receive their items, which are usually small and cost no more than a few dollars each.

From the perspective of the school or fundraising group, chocolate drive fundraisers are good because the immediate sales environment (ie instant gratification) and low sale cost make it easy for kids to make sales. The fundraisers can often done in a shorter period of time, because there is no waiting for products to arrive, and the fact products are cheap (and usually edible) make them easy and popular. Another benefit is that distribution is easier – usually handing out a box per student rather than collating orders for people well beyond the school community.

On the flip side, these types of fundraisers usually require schools and groups to pay upfront, at least a deposit, to cover the cost of the products that have been supplied. Although many companies may offer a 30 day credit under some circumstances, usually it means the P&C or committee need to make a large payment in advance. Another issue is that of over-ordering – a school may hope to sell 500 boxes of chocolates, but if they only manage to sell 470 during their defined fundraising period, they have paid for an extra 30 boxes, which significantly eats into their profits.

Scented pens and pencils from Smencils

Do you have a preference for one style of fundraiser over another? Share your thoughts in the comments. 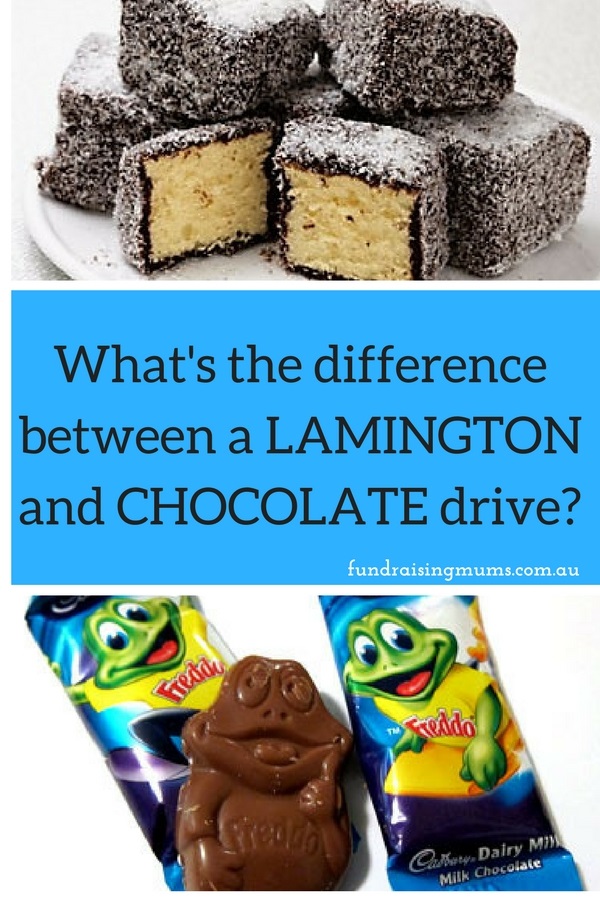 Save the Frog: Cadbury Chocolate Fundraisers